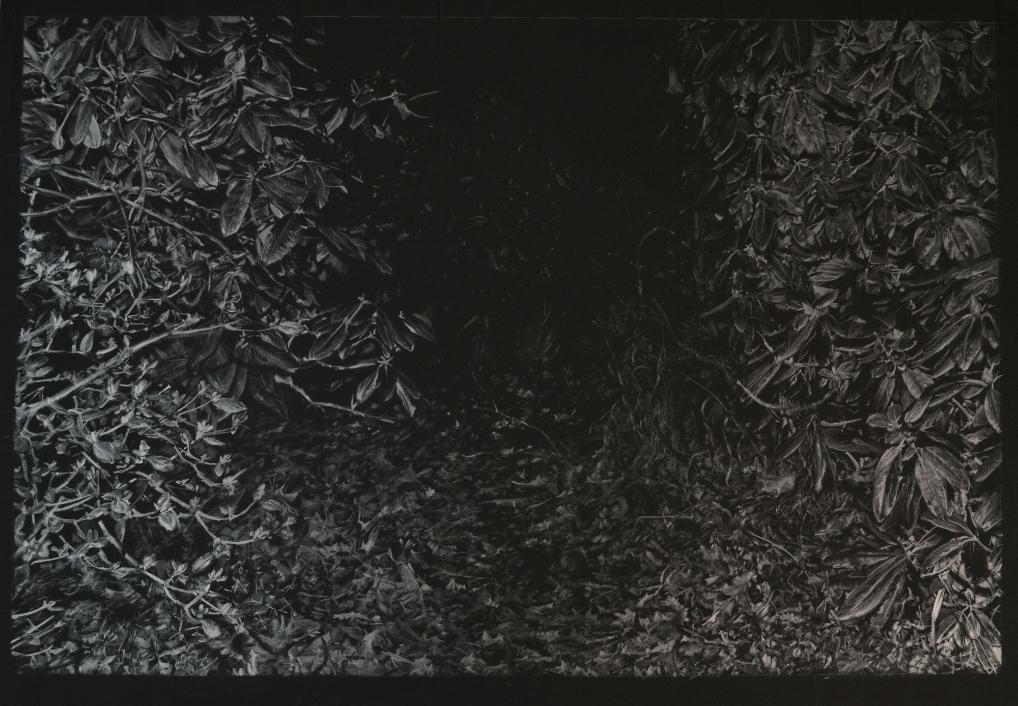 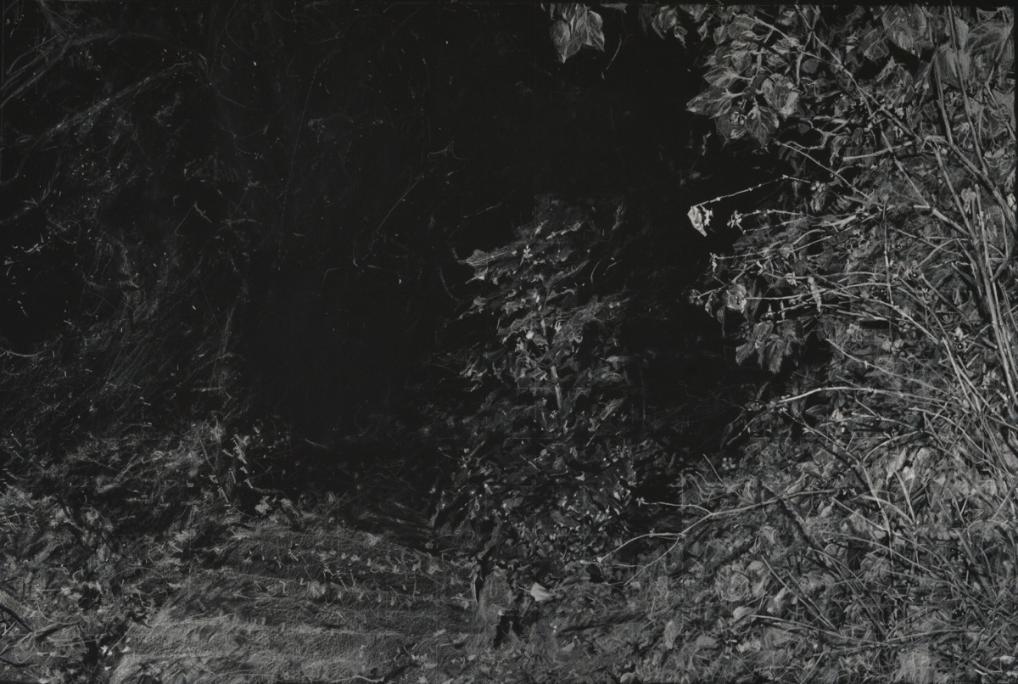 The figure is absent but implied by the locations represented in a reverse graphite drawing on black paper and a pinhole photography slideshow video: Solitude Park on the Rhine’s banks in Basel, and the hike route towards Sandy Bay outside Cape Town. The drawing exploits the optical effect of graphite on a dark ground – its reflective quality increases with the low contrast ground resulting in a landscape that appears and disappears in relation to a moving viewer and a single light source, like a face in the dark, temporarily illuminated by the flame of a cigarette being lit. The primitive optics of the pinhole photography slideshow video, on the other hand, frame a journey from the start of the walking route to the beach destination and beyond into a maze of trees and bushes. This is no leisurely stroll, however, the editing implies a predator/prey point of view.

To the River, To the Bay is a pairing of drawing and video which formed part of the exhibition "The Fallen and the Drowned" (2015)